It's time for an exchange on equal footing

Clever People—The Network for Giftedness and Neurodiversity—IQ Test at 120+?

If you as a highly gifted adult or as a parent of highly gifted children have already dealt in depth with what an IQ Test of 120+ means in terms of content in the context of a giftedness assessment, you can keep clicking. Or you can also read on... 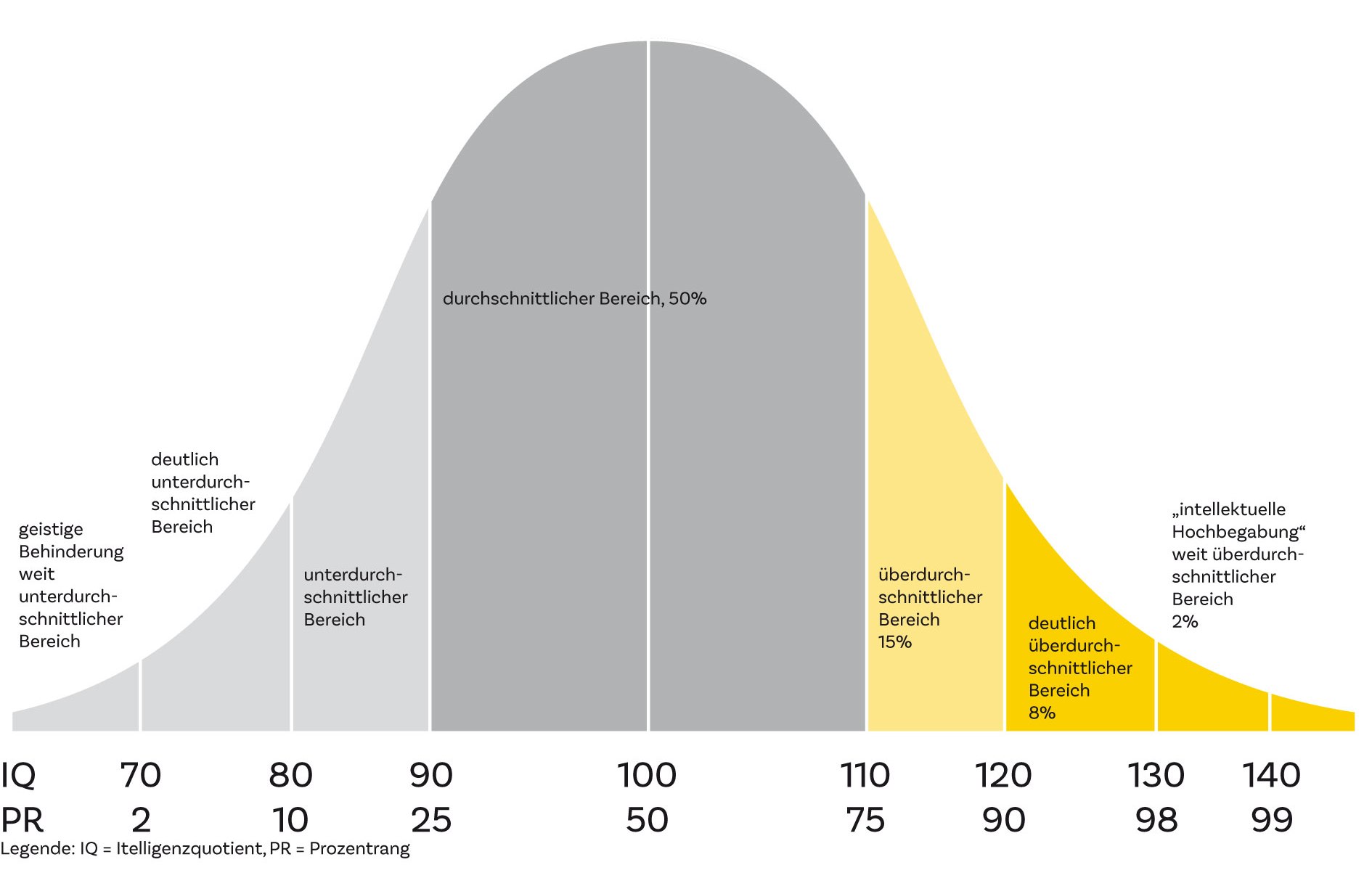 IIf you’ve achieved an overall IQ of at least 120 in a scientifically recognized IQ test, you belong to the group of people with "high intelligence," according to the official definition.

If you have achieved an IQ of at least 130 in a section of a scientifically recognized IQ test, you are a so-called "savant".
This can be in the areas of language/language comprehension, mathematics/quantitative reasoning or logic.
Usually the total IQ in the IQ test is then also at least 120.

What the results of an IQ test mean

With a total IQ of at least 130 in the IQ test you belong to the group of "intellectually gifted". This corresponds to 2% of the total population. In terms of content, there is often little difference between people with an officially measured total IQ of 120 or 125 or even 130 in the IQ test.

The higher the score on the IQ test, the faster and more complex the thought processes, combined with different interests that are often not mainstream, different values, different humor, and often very high sensitivity.

If you find your child or yourself in some of the following descriptions, chances are you or your child also belong to the group of gifted people with an IQ score of 120+.

Much depends on the circumstances under which the IQ test was collected, whether the highly gifted child or adult was in optimal condition, motivated to cooperate and sufficiently rested, etc.

Many highly gifted adults and highly gifted children are also very sensitive and therefore perceive the environment intensively during the IQ test, which can lead to distractions or irritations. All these factors play into the IQ test result.

Intelligence is differently distributed. That's no secret—you had no say in how much you were endowed with initially, so are therefore neither better nor worse off for it.

Aspects you might notice in gifted children can be:

Possible indications of IQ 120+ or giftedness in adults:

Highly intelligent and gifted people often feel they’re not understood by those around them. Do you know that feeling?